Tambet Tiits has been Director General of the Land Board since the 23rd of February 2015.

In 1993-2015, Tambet Tiits worked as Chairman of the Board of the real estate company DTZ managing the company's activities both in Estonia, Latvia and Lithuania.

In 1995-2014, he was Chairman of the Estonian Association of Appraisers.

In 1999-2009, he was a lecturer at the Estonia Business School. Mr. Tiits has participated as a consultant in several international projects executed by OECD, and acted as a lecturer of the Lincoln Institute of Land Policy and US AID/ICMA in several European countries.

In 1998-2000, Mr. Tiits was Chairman of the Association of Estonian Surveyors.

In 1990-1993, Tambet Tiits worked as an Advisor and Head of Land Cadastre and Land Information Department at the Land Board.

In 1981-1990, he worked as a specialist and Deputy Chief Engineer at Design Department of RPI EPP (Maauuringud).

TambetTiits (FRICS) is member in the Royal Institution of Chartered Surveyors, he has been a member in RICS examination committee in the Baltic countries.

Born on 1 November 1956 in Pärnu, he finished the Pärnu Upper Secondary School no 4 in 1975, graduated from the Estonian University of Life Sciences in 1981 specialising on land management, and obtained his Master’s degree in Economics in 1992. In 1995-2003, he studied in the doctoral programme at the Helsinki University of Technology. He has participated in further training at Brandon University in Canada and Cornell University in the U.S and at OECD.

About the Estonian Land Board 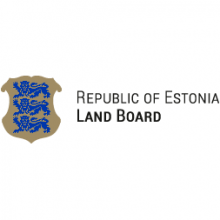