Dalibor Radovan is a head of research & development sector at the Geodetic Institute of Slovenia. For more than 20 years he was also a teacher of cartography at the University of Ljubljana. With a PhD in geoinformatics from the Technical university of Vienna, his interest lies in everything that could be mapped and geolocated. Dalibor is collaborating with nearly all national ministries seeking geoinformation support. He was coordinator of the World Bank project for the establishment of Training Centre for Geomatics in Slovenia and was leading the field of hydrography when Slovenia entered the International Hydrographic Organization. Dalibor was leading the project for establishment of the national strategy of official topographic and cartographic system. He was project coordinator for the installation of national permanent GPS network. He coauthored the national strategy of development of fundamental geodetic system which was adopted by the government of Slovenia.

About the Geodetic Institute of Slovenia

Geodetic Institute of Slovenia (GI) is a leading Slovenian public institution for geodetic, geoinformatic, photogrammetric, cartographic and hydrographic research and development, established in 1953. Funded completely project-wise, GI plays a bridging role between public, private and research sectors. A significant part of the projects is elaborated for the Surveying & Mapping Authority and for practically all national ministries. GI is a national contact point for land cover mapping. In cartography and mapping, GI holds four awards for “Excellence in Cartography” by the International Cartographic Association (Ottawa, 1999, Durban, 2003, Paris, 2011, Washington, 2017). GI is authorized to operate national spatial data infrastructure services such as supervision of data quality in real estate, distribution of precise GPS/GNSS data processed by the national reference stations network, and dissemination of maritime hydrographic data. Maps and spatial data are produced in conformance with INSPIRE directive, International Hydrographic Organization (IHO) and International Civil Aviation Organization (ICAO) standards. GI coordinated the transition of the whole country to a new European coordinate system. The institute took part in the establishment of a new real estate register and a system of real estate assessment. Currently, GI is involved in the national project eSpace, where formal procedures of e-spatial planning and e-building are being integrated into e-government sectors. It also operates own Training Centre for Geomatics. 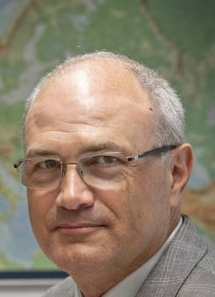