Prof. Dr. Norbert Pfeifer received his Ph.D. from TU Wien (with honors) on 3D terrain modeling with subdivision surfaces (2002). He then worked at TU Delft (Netherlands) in the Section of Photogrammetry and Remote Sensing (2003-2006), where he became Assistant Professor later. He then took the position of Senior Researcher at alp-S, Centre for Natural Hazard Management in Innsbruck (Austria), concurrent with a lecturer position at the Department of Geography at Innsbruck University (2006). Later in 2006 Norbert Pfeifer became Professor of Photogrammetry at TU Wien, which was evaluated 2009 and turned into a Full Professor position.

Research interests of Norbert Pfeifer are laser scanning and photogrammetry, reaching from modeling the observation process via calibration and orientation of sensors and data to 3D modeling and application of these models in the environmental and cultural heritage sciences in an interdisciplinary context (forestry, geomorphology, ecology, architecture, archaeology). This includes especially point cloud processing in orientation and classification. Platforms studied are especially static terrestrial, unmanned and manned aerial, and satellites.

Norbert Pfeifer is supervising PhD students (10 finsihed until 2019). He is leading the research unit photogrammetry within the Department of Geodesy and Geoinformation at Technische Universität Wien, which has currently approx. 15 members, two thirds of which are funded by basic and applied research grants from various sources, including the European Union framework program. Norbert Pfeifer is regularly invited as lecturer in summer schools and serves as editorial board member of different national and international journals in photogrammetry, remote sensing, and geodesy.

About the GEO Department of Vienna University of Technology

Geodesy and Geoinformation take on key roles in our modern society as provider of information about geographical locations, environmental processes, physical fundamentals and are pivotal in enabling access to social relevant spatial data. Since its early days in the 19th century, the TU Wien hosts scientists and engineers undertaking geospatial data research. Today, a multitude of research fields in the evolving domain of geodesy and geoinformation is in the scope of our academic institution. The Department of Geodesy and Geoinformation, which is part of the Faculty of Mathematics and Geoinformation, unites the seven research divisions Higher Geodesy, Cartography, Engineering Geodesy, Geoinformation, Geophysics, Photogrammetry and Remote Sensing (consisting of two research groups: Microwave Remote Sensing and Climate and Environmental Remote Sensing) and conducts research as well as teaching in modelling and communicating states and processes of planet Earth and objects in, upon and above it. 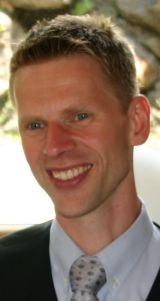