Ivan Landek graduated from the Faculty of Geodesy at the University of Zagreb in 1984. Today he has a master’s degree in science. He has been working at the State Geodetic Administration for more than 20 years. During this period he held various managerial positions. His specialties are photogrammetry and cartography. Currently, he is the Head of the Department of topographical survey and state maps. At The Academy of Arts and Sciences, in its Scientific Council for Remote Sensing and Photointerpretation, for two years (1997 – 1999), he was Head of the Commission for Environmental Protection and Spatial Planning. Today, he is one of the editors of the Scientific Council for Remote Sensing and Photointerpretation. From 2001 to 2005 he was a member of the Governing Council of Croatian Geodetic Institute and from 2005 to 2010 he was President of the Governing Council. Since 2008, he is the vice president of the Croatian Cartographic Society and (since 2007) Croatian representative in European Spatial Data Research (EuroSDR). Since 2013, he is the Croatian delegate in the International Cartographic Association (ICA). He published numerous scientific and professional papers in the Croatia and abroad, as the author and co-author.

About the State Geodetic Administration of the Republic of Croatia

The State Geodetic Administration (SGA) is a government organization that performs geodetic, cartographic, land registry and photogrammetry jobs and provides, for the establishment of a national spatial data infrastructure, the automation of land registers and the geodetic spatial system, official state mapping (1: 5000, 1: 25,000, 1: 50,000, 1: 100,000, 1: 250,000), geodetic documentation, real estate registry statistics, spatial units and lines, and geodetic and cadastral issues for the state border. 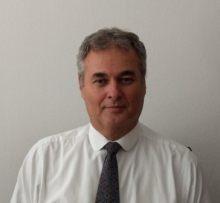